Walsingham support friend and supporter Peter Lowman took on a massive challenge when he decided to take part in this year’s Ironman race in USA, one of the hardest one-day endurance races in the world! The 140.6 mile race (Yes that’s right!) begins with a 2.4 mile swim, then on a 112 miles bike course and if that’s not enough finishes with a 26.2 miles of flat running. The most amazing achievement of this all is that Peter is 71 years old.

Just before heading off to Kentucky USA Peter paid a visit to Ferry Road’s supported living service to meet some of our service users.

Pictured – Peter Lowman with some of service users

Peter raised over £3000 and the donations are still coming in. Well done Peter you are an inspiration!

Here is Peter in his own words telling us about his Ironman experience.

I went to bed around 9pm the night before the race having felt both anxious and excited throughout the day. What have I let myself in for? I have never attempted anything of this magnitude before. Quite daunting. Did not sleep well and I was up at 4am to get back to Transition by 5am for last minute preparation. A few last minute checks and all seemed well. It was still dark and the river looked huge and scary. Then the one mile walk to the swim start. Starting to relax a little but keen to be in the water and start the race. Had good and encouraging conversations with some of the other competitors. Wet suit on and ready for the start. The swim was a self-seeded rolling start so I put myself towards the back. 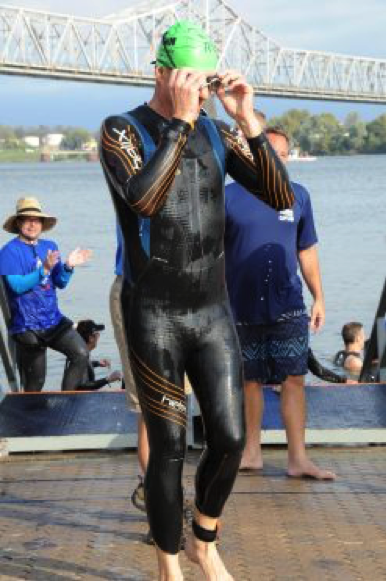 We slowly edged forward and at last I was on the pontoon. Went into the water at 8.13am. Not too cold but a long way to swim – 2.4 miles. About 400 metres into the swim another competitor swam over me and managed to completely unzip my wetsuit at the back. I immediately felt the extra drag but there was nothing I could do other than push on. This made the swim tough and I was a lot slower than normal. Eventually saw the swim exit and was welcomed by great volunteers who helped me out of the water. My arms felt tired from the extra effort but otherwise I felt good.

Through the Transition tent and out on to the 112 mile bike route. The first 10 miles was flat and fast and I began to overtake other competitors. However I was concerned that I might be going too fast especially as I knew much of the course was hilly. I adjusted my pace down slightly to ensure my legs would be ok for the hilly section. By this time the weather was overcast and the wind was picking up. Completed the first loop of the bike well within the cut-off time but the clouds were getting darker.

The wind picked up and became strong throwing up dust and debris. Then the heavens open and the downpour lasted for about 45 minutes. I managed to maintain a good pace but was getting very cold. Towards the end of the bike I was thinking “How will I now do a marathon?” Made it back to Transition with frozen hands and feet. With my cold hands, it was difficult to get ready for the run but I eventually left Transition. 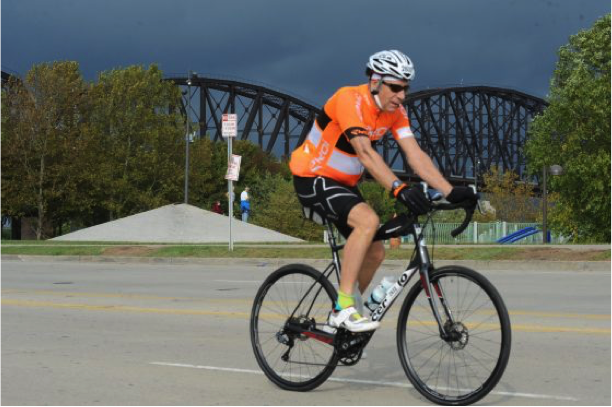 Walked the first hundred metres to get my bearings then got into an easy running rhythm. The bike was behind me and my focus was now on the run. I was actually feeling good and felt pretty sure I would make it to the end. The run route was through the centre of Louisville and still a lot of people on the streets with many supporting the race. A couple of bouts of cramp in my legs early on which I walked off but after that I was able to maintain a steady pace. Completed the first lap which passed so close to the finish line – very tormenting. I have to do another lap!! I set off with resolve. At last I was back to the run in to the finish and I started to hear the noise from the finish line. As I got closer it became louder and louder. I’m in the finish chute! What an experience!! I felt as though I had won the race. 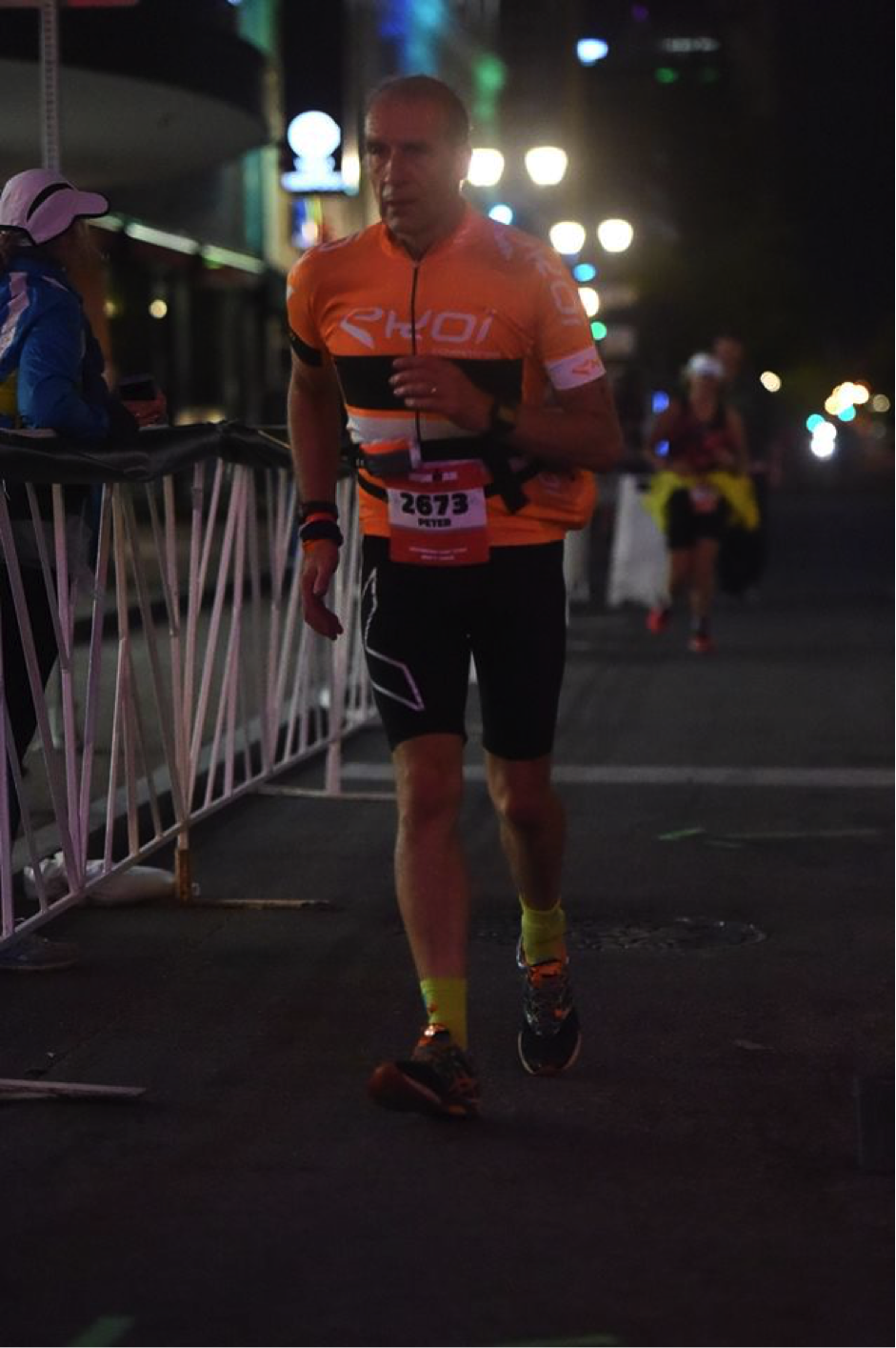 I’ve finished and I feel good. Some sore muscles but not the total exhaustion I had expected. I finished in 15 hours 46 minutes and 24 seconds, well within the 16 hours 30 minutes cut-off. I was third in my age group out of five starters.

Got back to my hotel and in to bed around 2am. Awards ceremony is at 9.30am so had to be up again at 7am for this. Picked up my third place medal of which I am very proud.

A great experience which I will always remember. 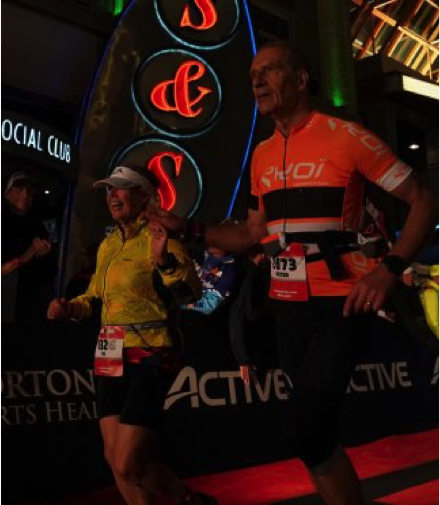 Find support near you

Helping you find the right support

Taking a leaf out of Richard's book

Our trustee’s life story making it to print

Saying goodbye to our CEO

Support us as you shop, at no extra cost